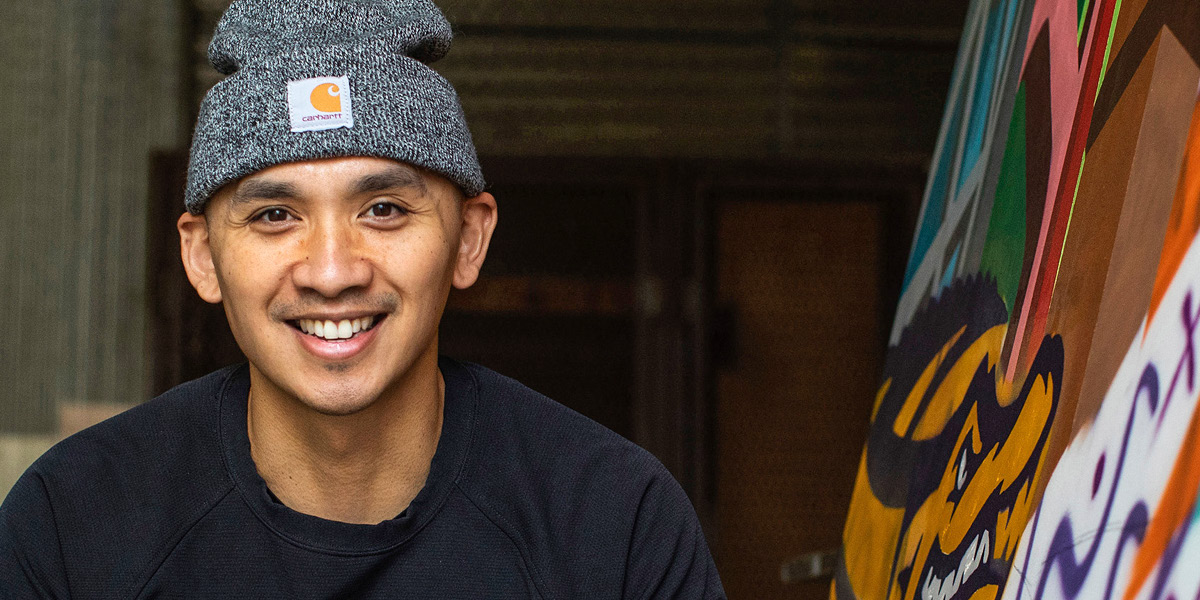 Jordan Herren (B.S., ’13) has been making a name for himself as a painter of colorful large-scale murals. His work — often depicting sprawling cityscapes — has livened up the exteriors of the San Francisco bar Badlands, the Toad Hall nightclub and other Bay Area businesses. So when SF State was looking for an artist to create a pair of University-themed murals, who else could they call?

This summer Herren returned to campus to paint the murals, and they were unveiled at an employee appreciation event held in August.

“I always found the tall buildings and architecture of the city to be inspiring and wanted to instill that same energy here,” says Herren, who was born and raised in San Francisco. “Beyond the city is a sunrise/sunset gradient signifying more opportunities ahead. These themes are connected with why we go to school in the first place — to expand our horizons and make a difference in the world.”

Plans call for one of the murals, “Chomp City,” to be hung in the lobby of the Administration building on campus. Another, “We Are SF State,” was signed by campus staff and alumni and will also be put on display at the University, possibly in the Student Services Building.

Though Herren studied marketing at SF State and worked in the field after graduating, these days he’s able to make his true passion — art — his full-time job.

“It was an awesome experience coming back on campus after all these years later to work as an artist,” he says. 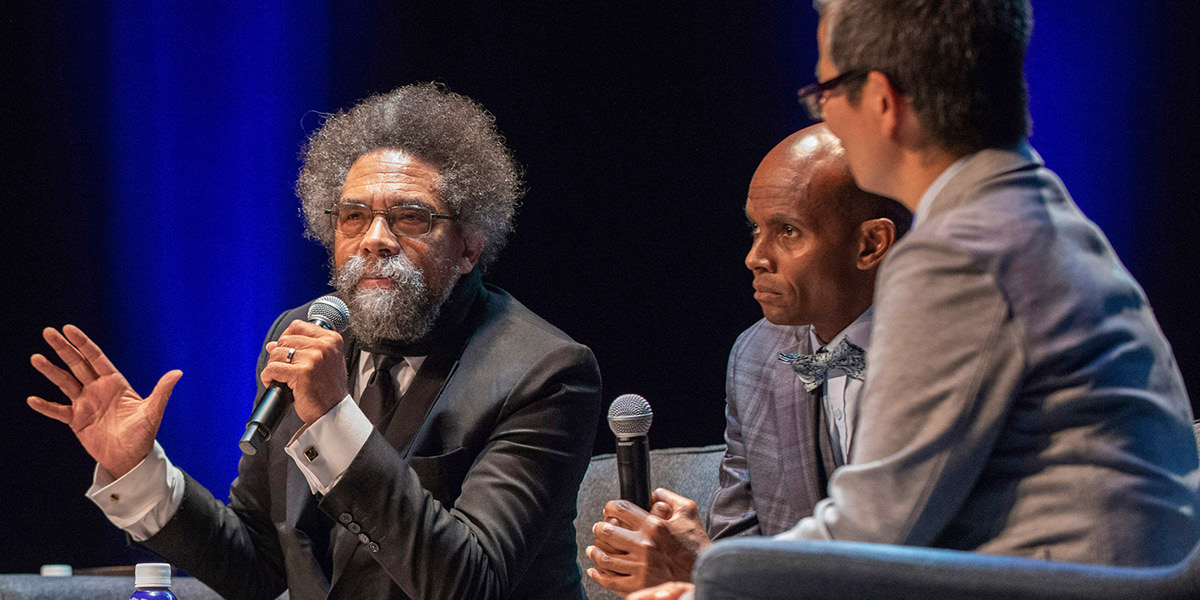 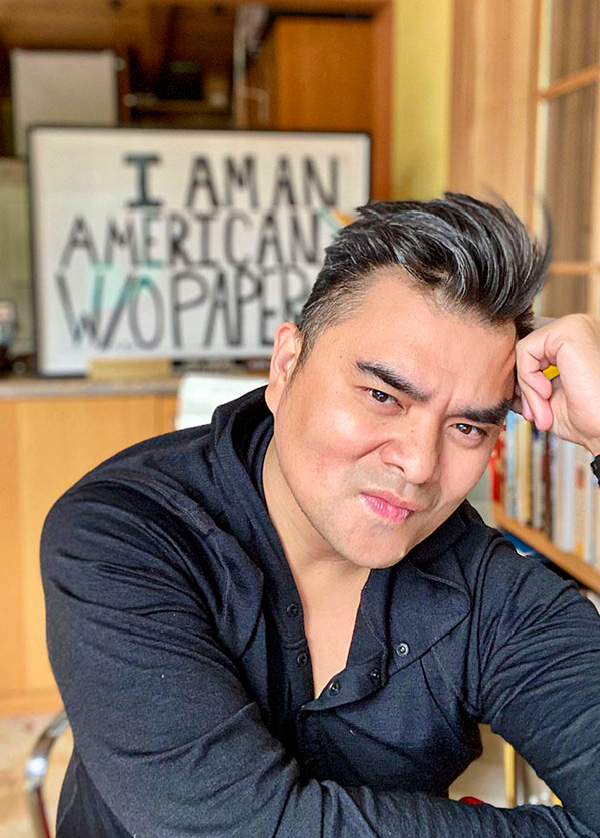 From Undocumented to Unstoppable

Jose Antonio Vargas (B.A., ’04) became the voice for undocumented immigrants in 2011 after coming clean about a closely guarded secret — he was not a documented U.S. citizen — in a New York Times essay he wrote about his life. Since then, he’s become an outspoken advocate for the undocumented, publishing a memoir and producing documentaries on the subject before founding his own advocacy nonprofit Define America. Now the Gator is taking his advocacy back to the place that nurtured him as a young adult: the California State University (CSU). Gov. Gavin Newsom appointed Vargas to the CSU Board of Trustees in July.

“These leaders from diverse backgrounds, walks of life and California regions bring a broad swath of expertise and experience to our world-class colleges and universities at a pivotal time for our state,” Newsom said at the time.

Vargas came to the United States from the Philippines when he was 12 years old. As his life unfolded, he navigated school, then college and work without proper documentation, eventually earning a degree in Political Science from SF State. After graduating, Vargas worked as a journalist at numerous well-known publications, including The Washington Post, Huffington Post and The San Francisco Chronicle. He produced “Documented,” a film about his experience navigating life as an undocumented immigrant, and explored the same topic in his bestselling 2019 memoir “Dear America: Notes of an Undocumented Citizen.” Define America, the nonprofit he established in 2012, works to change the narrative on immigration in the U.S.

“Joining the CSU board is my way of giving back. And we must give back in whatever way we can,” he tells SF State Magazine. “Because of its size, CSU is home to a truly diverse student body, which includes undocumented students of all backgrounds. My hope is to represent the diversity of the entire student body, and it’s crucial to remember that a student’s immigration status is only one part of that student’s humanity.”