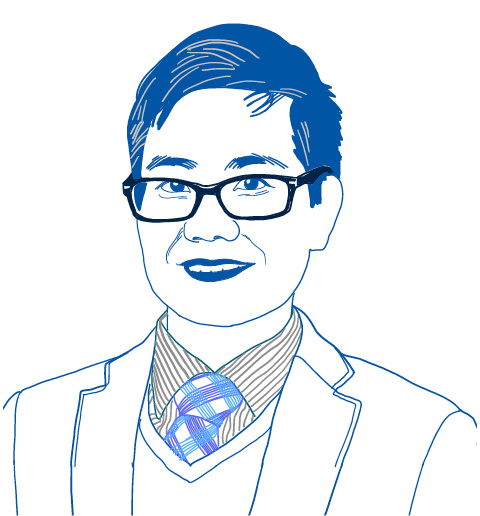 What attracted you to your new position?

President Mahoney, her academic values and our explicitly articulated mission to advance student retention and graduation rates attracted me to the position. I’ve always been personally interested in student success as a faculty member and went into academia with the desire to engage struggling students through U.S. history. I’ve been lucky to land at State, where the institution’s goals align with the kind of contribution I want to make in my professional life. The core value of placing students first has deep personal meaning to me.

I had never been a super successful student. I was more interested in activities outside of the classroom while in high school, and when I got to college I was on academic probation for my first four semesters. I plodded along, failing class after class, until I took a class that affirmed my place in the world. I began to cultivate meaningful relationships with faculty and then in my senior year completed a thesis on Angel Island, the immigration station that sits in the San Francisco Bay that processed the Asian immigrants coming to the U.S. A class on women’s history changed the course of my undergraduate failure, and I came to realize that I wanted to use history to show students that they too belonged, not just on a college campus, but in America broadly. It may seem obvious, but curriculum has a powerful impact on whether students stay in school or not.

From the Provost’s Office, I am part of an incredible team that is responsible for ensuring accessible and relevant curriculum campuswide. We know how personally empowering college curriculum, of any discipline, can be. With that empowerment we expect our students to go out into the world and defy strictures of what’s “normal,” innovate and transform the world around them. This particular institution of higher learning and its commitment to educational equity is what attracted me to lead the academic arm of the University to better serve our students.

What kind of impact on students do you hope to make as a provost?

We still have much room to grow in terms of retaining our undergraduates and enabling them to graduate in a timely manner. There are a number of barriers that impede student success both administratively and in the classroom.

As COVID has moved from pandemic to endemic, I am hopeful that we can dedicate more of our time to directly tackling these issues so that students can have a smoother pathway through college. We have already made some operational improvements, [and] we are also shifting academic advising into a one-stop shop. Departments, too, have been taking active measures to review and revise curriculum to streamline degree progress. We know also that we must continue to provide developmental opportunities to faculty who may not be up-to-speed on the learning style of the 21st-century student.

By pressing these levers and many more, we hope to provide a better student experience at SF State.

What do you miss most about teaching?

Teaching for me is like a puzzle. How do I put together the most interesting, accessible and relevant curriculum for students today? And what kind of assignments or grading structure will enable students with different learning styles to succeed? I would often read four different books to choose 30 pages of reading for a particular week. I also scour the internet, look at Netflix’s most popular shows, and then text with young people in my life to learn about what engages people under the age of 30.

Thus every time I plan a course, it’s a crash course on the most recent developments in the field and the most effective way to convey that material through connections to contemporary pop culture. And that is what I miss the most about teaching —the learning for myself and then creating a lesson plan that I hope will be life changing for the students in how they think about the world. I realize it’s overly ambitious, but it’s a challenge that I enjoy.

Perhaps what’s more interesting is that general consensus also changes significantly every 10 years. In 2002 when I first began teaching in Sexuality Studies, I was like a unicorn in front of the classroom as a visibly queer Asian. By 2012, many students coming out of California public school probably had a BGF (Best Gay Friend) while in high school, so students no longer breathlessly approached me in amazement that I was a faculty member.

In how students think about history as well, few non-historians knew about Asian American involvement in the Black Power movement when I first started teaching. But since 2002, increasing publications and public conversations about Yuri Kochiyama as well as Richard Aoki have made it no longer surprising for students to see the image of Kochiyama cradling Malcom X’s head after he was shot in the Audubon Ballroom. It’s apparent that the biggest change in national consensus in the past five years is that Americans have largely come to understand that racism still exists and that it is an urgent social problem. This shift for sure has impacted the way we teach ethnic studies as well as the way institutions of higher education value both BIPOC faculty and curriculum on race.

The Queer History Conference that you helped organize on campus this summer showcased how much this field of study has grown. What is next?

Queer history is one of my academic loves, and I am so grateful to be able to provide a space for a community of researchers and activists in which they can share information about queer history and its applications, such as in K –12 classrooms and in public art.

It’s true that the field has grown tremendously. There are now more works on race, women and trans folks than when the field first started in the late 1980s. For the conference in 2022, we had a significant presence of papers from Latin Americanists, and that was pretty breathtaking. There is still, of course, much more work though that should be done.

The conference, for me, is also a reminder of how much folks need community to rejuvenate. We often take for granted what it means to be at an institution and city that holds its queer community with pride. When other historians and activists come to San Francisco and experience the wealth of community partners and resources we have for a queer event, they are bowled over. They know that SF State is not a wealthy institution like our neighbors to the north and south. Still, we are able to keep registration costs low and still feed everyone who comes, provide dorm rooms and also hold receptions in the evenings through the generosity of other city agencies and local nonprofits.

It’s been 20 years since you joined the SF State faculty. How has the University progressed as a welcoming community for queer students and employees?

I think back to a Title IX training for managers that I attended a few years before COVID. Our Title IX coordinator was also the vice president of student affairs and she did this jaw-dropping presentation on how we needed to respect people’s pronouns and their chosen names. I had never heard any vice president talk so adamantly about something so queer. Again, this was a few years before COVID so it was before the pronoun revolution had really kicked in. I continue to know old gays and lesbians (and not just straight people) who have difficulty with “they” pronouns, so this was really quite radical at the time. I think any social movement faces some difficulty when a population becomes increasingly accepted and mainstream with access to capital. We see this particularly here where there’s so many queer people and groups that it’s often difficult to have automatic kinship with a fellow queer.

And so, too, I think SFSU faltered for a decade or so after my arrival in 2002. I remember my mentor Ken Monteiro, who held two dean positions at State, would tell me about these gay house parties in the 1980s that people would hold. [Former Vice President of Student Affairs] Penny Saffold, [former College of Ethnic Studies Dean] Phil McGee and all these SFSU gay and lesbian old timers would gather and it sounded almost like a secret network.

I’m grateful I don’t have to live in a time where I have to be quietly queer, but I also am sad that we can’t have these super gay house parties of middle-aged higher education professionals. But in the last decade or so we’ve started up a list-serv and also held some events on campus, including an annual holiday party and a meeting to figure out how we can get recognized as a queer-friendly campus. What is moving to me is how the University does employ so many queer and trans folks, not just because having a stable job is important for well-being, but also because queer and trans folks continue to face employment discrimination.

Whenever I sponsor a visiting scholar from Japan who is doing a queer studies project, I point out every single queer on campus and they are just astounded! I remember also one afternoon I was walking in the Health & Social Sciences Building and I saw this graduate student pop out from one of the offices into the hallway in front of me and then another faculty member as well began walking down the hall. And all three of us were female-born queer Asians. Where else could that happen? Only at San Francisco State!