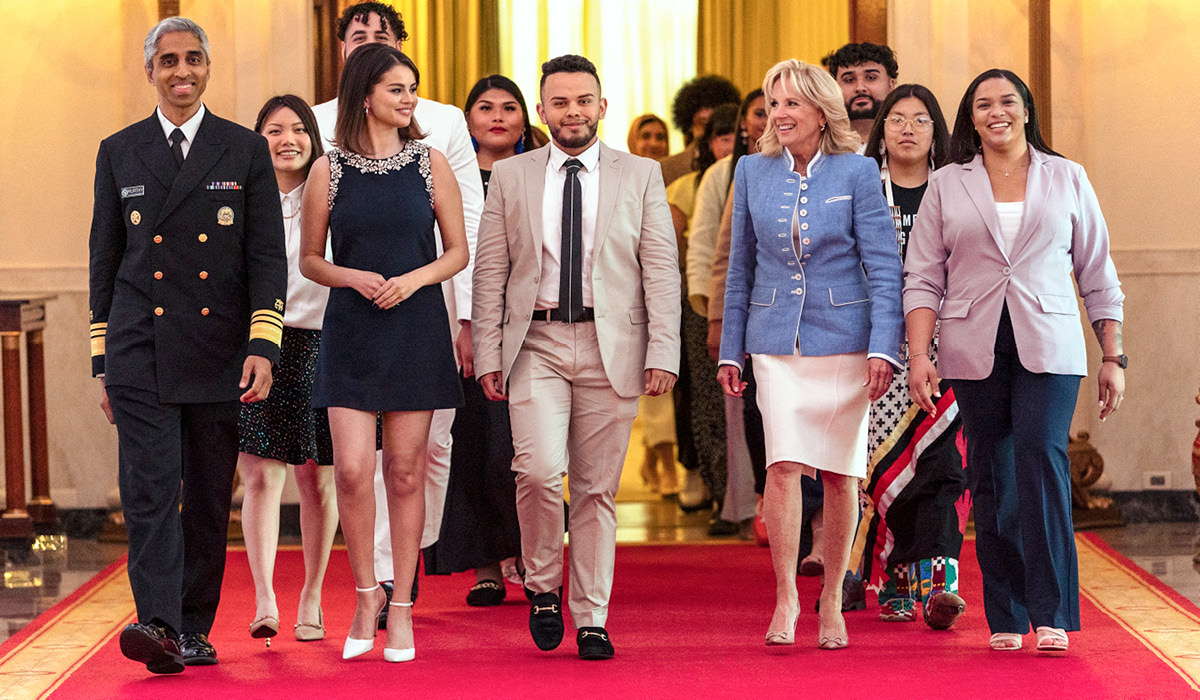 That beautiful moment for Acosta and his family took place at the White House: Acosta was one of 30 youth advocates invited to Washington, D.C., for the Mental Health Youth Action Forum earlier this year. The three-day event was organized by the Biden-Harris administration and MTV Entertainment Group.

Growing up in Woodland, California, Acosta struggled to feel accepted. Coming from Jalisco, Mexico, there were some language barriers, and challenges in school took a toll on his mental health. It wasn’t until he was a teenager and started volunteering with like-minded people that he began to feel like he belonged in his community.

“A lot of the work I’ve done has been informed by my own lived experience and the stuff I underwent growing up and my desire to help change some of those things so that it would be a little bit easier for the younger generation that came after me,” he says.

In 2018 a 21-year-old Acosta decided to make a major mark on his hometown: an LGBTQ+ pride proclamation. A similar resolution had been rejected by Woodland’s City Council in 1998. But after campaigning by Acosta, and with the support of others in the community, the proclamation ended up passing unanimously.

Acosta later shared his experience in Lady Gaga’s bestseller “Channel Kindness: Stories of Kindness and Community.” The collection of inspirational tales from community activists includes a chapter by Acosta.

Acosta says his experiences at SF State — such as serving as assistant director of the Queer Alliance club — helped him learn how to support students and foster safe environments. He was awarded the University Scholarship in 2019.

Acosta works as one of the regional managers for the CalHOPE Warm Line, which connects callers dealing with anxiety triggered by the pandemic to peer counselors. He also collaborates with several organizations, including Mental Health America.

“We believe people shouldn’t feel broken for being who they are,” Acosta said at the White House. “And we realized that it is not us as people who are broken. It is society that is broken. We want people to find the OK in broken.”